We’re back in the United States for this edition of Teams that Do Know Jack!  Today’s spotlight shines on Springfield, Missouri, home of the wildcard entry for 2011 — Here Piggy Piggy BBQ! 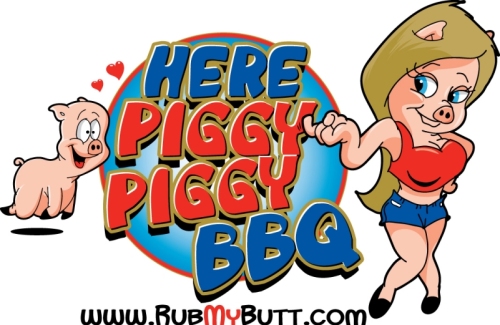 Here Piggy Piggy BBQ consists of the husband and wife team of Mike and Chris Peters.  They don’t just compete, though… For those of you familiar with KCBS, you will recognize Mike and Chris as the faces of the KCBS Great American BBQ Tour.  They have been travelling around America promoting all that is good with barbeque for the last four years. 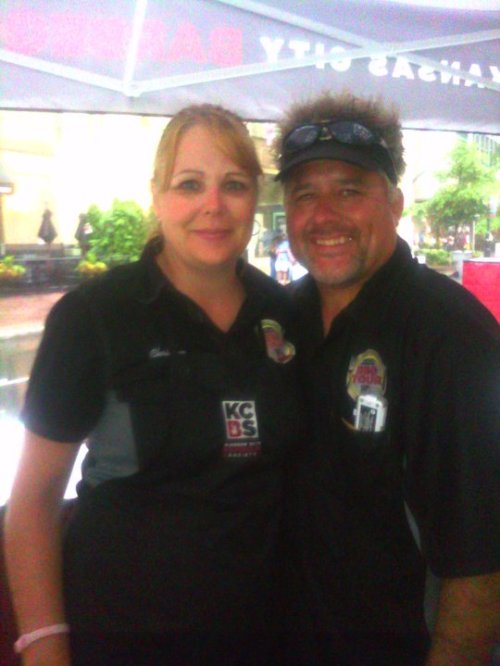 Because of their responsibilities being the face of KCBS on the Great American BBQ Tour, Mike and Chris often enlist the help of friends and family members on the competition circuit.  Even with this help, they have been lucky to be able to cook 5-6 competitions in a year.

I had the opportunity to meet Mike this past May with the tour making a stop in Charlotte for Food Lion Speed Street.  We chatted off and on for a while, and I was convinced that KCBS could have not picked a better set of people to represent them on the road. 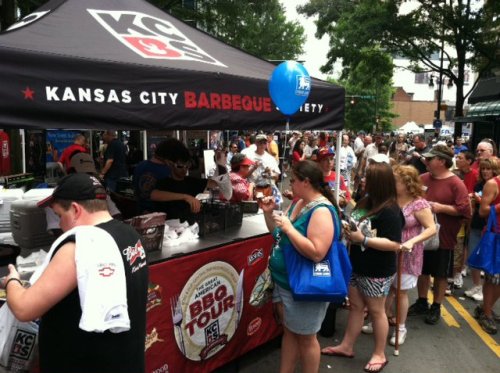 I asked Mike for some insight into the team, and I’m grateful that he obliged.  When asked about a favorite contest to cook, Mike quickly answered with Rock’n Ribs in their hometown of Springfield, MO, where their best finish was 3rd overall (behind QUAU by .0002).  This year, Here Piggy Piggy BBQ cooked in Springfield, MO and shared a cook with Warren DeBry in Worland, WY.

Their lucky weekend came on a rare off weekend when they traveled to Lakeport, CA to cook at the 3rd Annual Smokin’ on the Water.  There, the team competed against 34 of the best teams in California and across the country and won Grand Champion, thus getting their name into the draw for the Jack.  As Mike said to me via email:

“Even more shocking is getting the LUCKY wildcard draw for the Jack!  I don’t think cooking the Jack was even in my wildest dreams, we just wanted to win a GC! We never imagined it would be 2000 miles from home though with parsley, injections and rubs shared by our competitors! “

This will be Mike and Chris’ fourth year of attendance at the Jack but the first year that they are competing.  Here’s to hoping that they can keep the BBQ Mojo going.  Big Wayner’s BBQ Blog wishes Here Piggy Piggy BBQ the best of luck at the Jack Daniels World Championship Invitational Barbecue!

If you’d like to see your team featured, please email Wayne at [email protected].  Check out these previous “Teams that Do Know Jack” spotlights:

Big Wayner
Big Wayner is the mad brains behind Big Wayner's BBQ Blog.A full-time RVer, he enjoys sharing his passion for all things BBQ with anyone and everyone he meets.

Other posts you may find interesting: